In Parc Sauvage (2008), a seemingly simple story by Jacques Roubaud, one of the favourite
games of the two protagonists, who are living under the threat of German raids, is to
communicate secret messages. The arrangement of letters, syllables, or words by which
these messages are summarized at the end of the chapter proves to obey Oulipian rules.
Whereas the reader who is familiar with Roubaud recognizes certain facts of his life, the
text cannot be read as an autobiographical tale of childhood. Comparing Parc Sauvage
with other accounts of the same period reveals that Roubaud devotes himself to a memorial ambulation in which writing his memories of childhood makes them constantly
change shape. This approach reveals how in Roubaud the taste of Oulipian forms or other
formal systems exceeds the scope of playful experimentation. 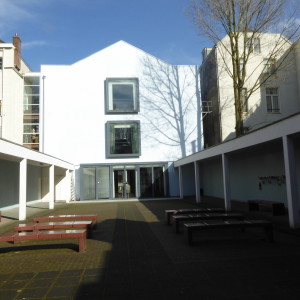 This article discusses two texts by Pierre Bergounioux (b.1949) Miette (1995)
and Le Chevron (1996), which, like all his work, are set in his native region Le Limousin. In Miette a first person narratore describes the lives of three generations of a peasant family, Le Chevron is an autobiographical account of the relationship between the author and the landscape of his childhood. Bergounioux focuses on the fissure between two eras and two worlds. As one of the last eyewitnnesses he examines the norms of an age-old, rural society which will not survive. A convinced determinist, he describes how he remains anchored in his native land and how he, as a cultural oustsider from the despised provinces, struggles to gain  entry to mainstream literature. These tensions are expressed by means of an individual usage of traditional topoi, and by a style in which the vernacular is combined with sophisticated literary language).