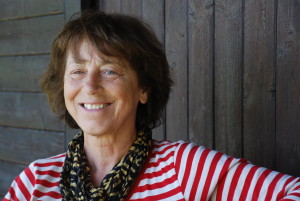 As editor-in-chief of the French Library (Publ. G.A.van Oorschot) she supervised some 30 translations of contemporary French fiction.

Manet van Montfrans has specialized in the work of Georges Perec – her doctorate dissertation dealt with autobiography and the constraint of form in the prose of Perec, while the focus of her present research is on other aspects of his work such as the intertextual dimension (Barthes, Calvino, Cayrol, Proust) and the part played by topography and space. Her publications on Patrick Modiano follow naturally from her Perec research since the two writers are thematically related.

French literature after 1980 is another area of special interest, and more particularly the so called ‘récits de filiation’ with their representation of the disappearance of traditional communities from the French countryside and the former industrial areas, largely as a result of demografic and technological developments after World Wars I and II (Bergounioux, Bon, Jourde, Lafon, Michon and Rouaud). A third area of research is the reflection on the wars of decolonization of the 50s and the 60s by writers such as Didier Daeninckx, Laurent Mauvignier and Patrick Deville.